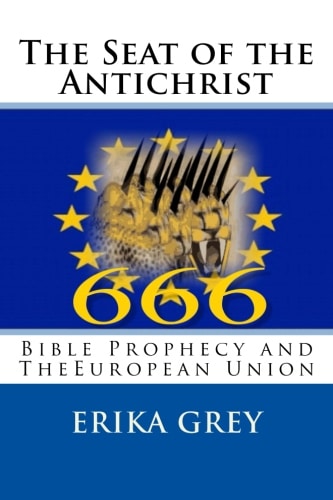 The  is an excerpt from my book The Seat of the Antichrist: Bible Prophecy and The European Union, it has been  tweaked for this blog post.

The Tribulation is a seven-year period of wars, plagues, famines, earthquakes, and disasters. It ends in the Battle of Armageddon, and the Second Coming of Jesus Christ. Part of the earth’s judgments happen through a leader whom the masses empower. The Scriptures profile this dictator’s reign of terror. Due to his anti-God, anti-Christ policies, Evangelical circles customarily refer to him as the Antichrist. The Bible mentions this title only once in the Scriptures. The Devil enters this man’s body and wreaks havoc on the world. His reign ignites the Battle of Armageddon (Is. 14:12; Ezek. 28:3-4). Evidencing this leader’s significance, over thirty titles relate to him in both the Old and New Testaments. These include:

1 John 2:18, identifies him as the Antichrist, a liar who denies the Father and the Son. Rev. 13:1 refers to him as “the Beast,” and later in the passage names him 666. The number six, translated from the New Testament Greek into English, means “vex,” or “curse.” Seven represents God’s number of perfection. The triple six represents the unholy trinity, with the Devil acting as God. The Antichrist, whom Satanists call the son of Satan, mimics Jesus Christ. The False Prophet who the Bible predicts will comes onto the earth and performs miracles to get the masses to worship the Beast, mocks God’s Holy Spirit. The unholy trinity are named in Scriptures as “The Dragon,” “The Beast,” and “The False Prophet.” Unlike previous dictators, Satan himself possesses the Antichrist. He obtains the world’s respect by bringing the world prosperity, until the day he declares himself a god and demands worship for himself alone.

Once the Antichrist establishes himself as a deity his evil side manifests itself.